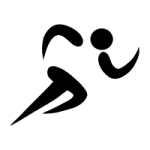 Athletics is the main attraction of the second week of the 2012 Olympics in London. And the men’s 100m final, which is on Sunday August 5, is probably the most talked about event of the entire two weeks. For Canadians, the women’s 100m hurdles is also a top attraction. Defending Olympic bronze medallist Priscilla Lopes-Schliep failed to qualify for the Games in a competitive final at the Canadian Trials in June. 2003 World Champion Perdita Felicien also failed to qualify after a false start. Canada’s representatives in London are Jessica Zelinka (11th fastest in the world in 2012), Phylicia George (16th fastest in 2012), and Nikita Holder (30th fastest). Zelinka is also a favourite in the heptathlon. She posted the fourth best score of 2012 at the Canadian Trials in Calgary.

Canada’s best medal chance among the men is Dylan Armstrong. He finished fourth in Beijing and won silver at the 2013 World Championships.

Athletics will begin on on Day 7 (August 3). The marathons will take place on day 9 and day 16. CTV, Sportsnet and TSN will provide complete live coverage of the track & field heats and finals, with most finals airing on CTV. Both marathons will also air on CTV/TSN and NBC, while OLN will show the race walks. Remember that this schedule is highly subject to change. Check back daily during The Games for an up-to-date broadcast schedule. All times are Atlantic Daylight Time, which is BST-4 and EDT+1. 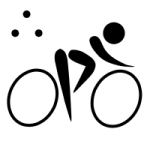 Triathlon is one of Canada’s best shots for both a medal in men’s and women’s competition of any sport. Simon Whitfield won the sport’s first gold medal at the 2000 Olympics in Sydney. He followed that up with a silver in 2008. At veteran at 37 years old, Whitfield will carry the Canadian flag at the Opening Ceremonies on Friday. Then there is newcomer Paula Findlay in the women’s event. She has rose to stardom since the last Olympics.  She won a race on the Olympic course in 2010. Before a hip injury last year Findlay was the top women’s triathlete in the world. She is a strong favourite to reach the podium in the women’s event.

Paul Romanuk and Barry Shepley are CTV’s triathlon commentators. Unlike other sports, I doubt the triathlon TV schedule will change. Check back daily during The Games for an up-to-date broadcast schedule. All times are Atlantic Daylight Time, which is BST-4 and EDT+1. 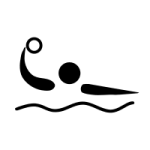 Canada hasn’t qualified a team in the sport of water polo. However, both the Canadian Consortium and NBC are showing lots of coverage of the sport in London. NBC is showing 12 matches live as part of their Daytime coverage. TSN, Sportsnet and OLN will combine to show an additional 13 matches. The favourities in the men’s tournament include the three 2008 Olympic medallists Hungary, USA and Serbia, who are all playing in the same group. Italy is also considered a favourite after winning the 2011 World Championship. Favourites in the women’s tournament include the 2011 World Champion Greece, China, Italy, USA, and Spain.

Remember that this schedule is highly subject to change. Check back daily during The Games for an up-to-date broadcast schedule. All times are Atlantic Daylight Time, which is BST-4 and EDT+1. 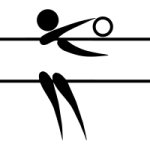 Volleyball is one of the most popular Summer Olympic team sports; especially in Europe and South America. Canada hasn’t qualified a volleyball team for London; however the Broadcast Consortium is showing both men’s and women’s games throughout the tournament. NBC will also carry a number of American matches. The favourites on the men’s side include the defending Olympic Champions USA, 2012 World League champions Poland, and 2010 World champions Brazil. Also in the mix are Russia, Cuba, Italy and Serbia. The favourites in the women’s tournament include Brazil (2008 Olympic champions), and USA (2012 Grand Prix winners). Some other contenders are China, Italy and Japan.

Remember that this schedule is highly subject to change. Check back daily during The Games for an up-to-date broadcast schedule. All times are Atlantic Daylight Time, which is BST-4 and EDT+1. 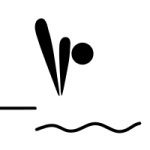 Diving is always a sport where Canada is a favourite to win multiple medals. London is no different for Canada’s elite divers. Alexandre Despatie is the two-time reigning Olympic silver medallist in the men’s 3m springboard. Despite a head injury earlier this summer, he is looking to improve to gold. Despatie and partner Reuben Ross are also contenders in the men’s 3m synchronized event.

On the women’s side Emilie Heymans is back for another Olympics. She won silver on the 10m platform in Beijing; however, she has shifted her focus to the springboard since then. She won a silver medal in springboard at the 2009 Worlds. Canada has another medal contender in the 3m springboard in 2011 World bronze medallist Jennifer Abel. Heymans and Abel will also compete together in the 3m synchronized, an event they won a silver medal in at the 2011 Worlds.

Canada also has an outside chance at a medal in the women’s 10m synchronized. Meaghan Benfeito and Roseline Filion were thought of as the next Canadian diving superstars after they combined for a World bronze medal in Montreal 2005 at ages 16 and 18 respectively. In the years since they haven’t won much, but they are paired together again in London.

I have highlighted these events in red in the broadcast schedule.

Rod Smith will call Olympic diving on CTV alongside 2004 Olympic bronze medallist Blythe Hartley. This is Hartley’s first appearance as a TV analyst since retiring after the 2008 Olympics in Beijing.

Diving will take place throughout much of the 16 days of competition. The Canadian Broadcast Consortium will air live coverage of all the finals, as well as the preliminary and semifinal rounds. Remember that this schedule is highly subject to change. Check back daily during The Games for an up-to-date broadcast schedule. All times are Atlantic Daylight Time, which is BST-4 and EDT+1. 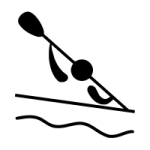 Canoe/Kayak slalom (or as it was previously known “whitewater canoeing”) is another of my personal favourite Summer Olympic sports. It is rarely on Canadian TV outside of the Olympics (although Sportsnet did show the World Championships last year). Two canoeists (or kayakers) race down a whitewater course consisting of up-river and down-river gates. It is a bit like snowboarding’s parallel giant slalom.

The face of canoe slalom in Canada for the past 15 years was David Ford. He won a World Championship in 1999. He followed that with a silver at the Worlds in 2003. He also competed in 5 Olympics (Beijing, Athens, Sydney, Atlanta and Barcelona).  At 45 years of age he attempted to qualify for his fifth, but failed. He was beaten in the Canadian trials in March by Michael Tayler. Ford is 25 years older than Tayler.

Tayler is Canada’s lone competitor in this sport. He is competing in the men’s single kayak event. He isn’t considered a medal threat.

While Ford isn’t competing in London, he is there as an analyst for CTV. Vic Rauter will join him in the broadcast booth doing play-by-play. Remember that this schedule is highly subject to change. Check back daily during The Games for an up-to-date broadcast schedule. All times are Atlantic Daylight Time, which is BST-4 and EDT+1. 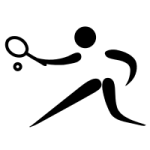 The 2012 Olympic tennis tournament has a bit more lustre than those at past Olympics. The host ground is the All-England Club in Wimbledon. For those who failed that that very venue just two weeks ago (Rafael Nadal, Maria Sharapova etc.) it is a second chance. For the two greatest players of the past 10 years (Roger Federer and Serena Williams), it is a rare chance to win two major events in one season at the most famous tennis club in the world.

Canada has a few medal hopefuls in tennis. The best chance for a medal likely comes in mixed doubles, which is making its Olympic debut. Daniel Nestor will play with a to-be-confirmed partner. Nestor is the top ranked doubles player in the world. He is also a contender in men’s doubles, where he is paired with Vasek Pospisil. The Canadian duo are considered somewhat of a wildcard considering Nestor doesn’t have another top Canadian doubles player to play with. He did win the 2000 Olympic gold medal in similar circumstances though.

Milos Raonic is widely regarded as one of the best young tennis players in the world. Most analysts agree it is only a matter of time before he wins a major event. It would be quite a surprise if he breaks through for that win at the Olympics though. Tennis is a sport that can lend itself to Olympic surprises though. Who would have thought the podium in 2004 would be Nicolas Massu, Mardy Fish and Fernando Gonzalez? It was a major breakthrough for Gonzalez, while Massu fell back into obscurity. Fish would also go back under the radar until breaking into the world’s elite last season.

As a result of a higher profile of Olympic tennis from Wimbledon, coverage on the Canadian Broadcast Consortium has also increased over how much tennis CBC has showed at past Olympics. Tennis will take place over the first eight days of the Games. CTV, TSN or Sportsnet will show coverage every day. NBC will also broadcast the singles finals. Remember that this schedule is highly subject to change. Check back daily during The Games for an up-to-date broadcast schedule. All times are Atlantic Daylight Time, which is BST-4 and EDT+1.

A Rouge Point
Create a free website or blog at WordPress.com.